Testing...this is not a Simulation event at SFMOMA

Eric Paulos is a Research Scientist at Intel in Berkeley, California where he leads the Urban Atmospheres (http://www.urban-atmospheres.net/) project – challenged to use provocative methods to understand the future fabric of our emerging digital and wireless urban landscape. Eric received his PhD in Electrical Engineering and Computer Science from the University of California, Berkeley where he researched scientific, and social issues surrounding internet based telepresence, robotics, and mediated communication tools. Eric has developed several internet based tele-operated robots including, Mechanical Gaze in 1995 and Personal Roving Presence devices (PRoPs) such as Space Browsing helium filled tele-operated blimps and ground based PRoP systems (1995-2000) (www.prop.org).

You can find my personal homepage at www.paulos.net

The Urban Atmospheres is focused on exploring how our everyday objects and public places can be augmented in meaningful and playful ways.  Just as we find tagging and message play in public places, so to will we find personal place based digital tools providing a rich patina to our lives.  This research effort is interested in exploring several themes within this space.  A few are listed below: 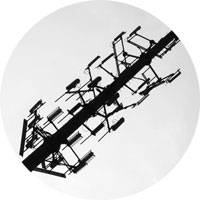 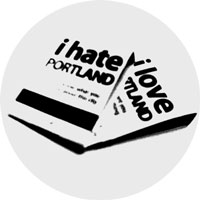 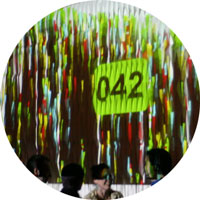 We are interested in understanding intimacy as a theme in ubiquitous computing research and its value to people. In particular creating tools that connect people in novel and meaningful ways and further promote the building and sustaining of relationships to groups and others.

CS160: Human Computer Interaction
Fall 2003 Course at UC Berkeley
Maribeth Back and myself taught this course while Jen Mankoff was on maternity leave
I advised three project groups:

UbiComp 2005: Metapolis and Urban Life
Workshop that I co-organized at UbiComp 2005 Conference

UbiComp 2004: UbiComp in the Urban Frontier
Workshop that I co-organized at UbiComp 2004 Conference

I've only listed recent / relevant publications below.  A more complete list can be found here (external).

Personal Tele-embodiment: Reconstructing the Body for Online Interaction
Eric Paulos and John Canny in The Robot in the Garden: Telerobotics and Telepistemonogy on the Internet, Edited by Ken Goldberg, MIT Press, 2000.

C.S. and the City by David Pescovitz in Make Magazine volume 5, Feb 2006

Meet Our Researchers by Jeannine Drew May 2005

Life Imitates Art at Intel in Slashdot 14 May 2004

Intel: Keeping Tabs on Your Slithy Toves by Mark Frauenfelder in The Feature 11 May 2004

The Pulse of Love in a Digital Age by Daniel P. Jajeh in Intel Circuit 3 December 2003

Eric Paulos, the Playful Roboticist by Mark Frauenfelder in The Feature 25 July 2003

Note: The links below will take you outside of Intel Research.

Some links take you outside the Intel Research network of laboratories web site. Other names and brands may be claimed as the property of others.